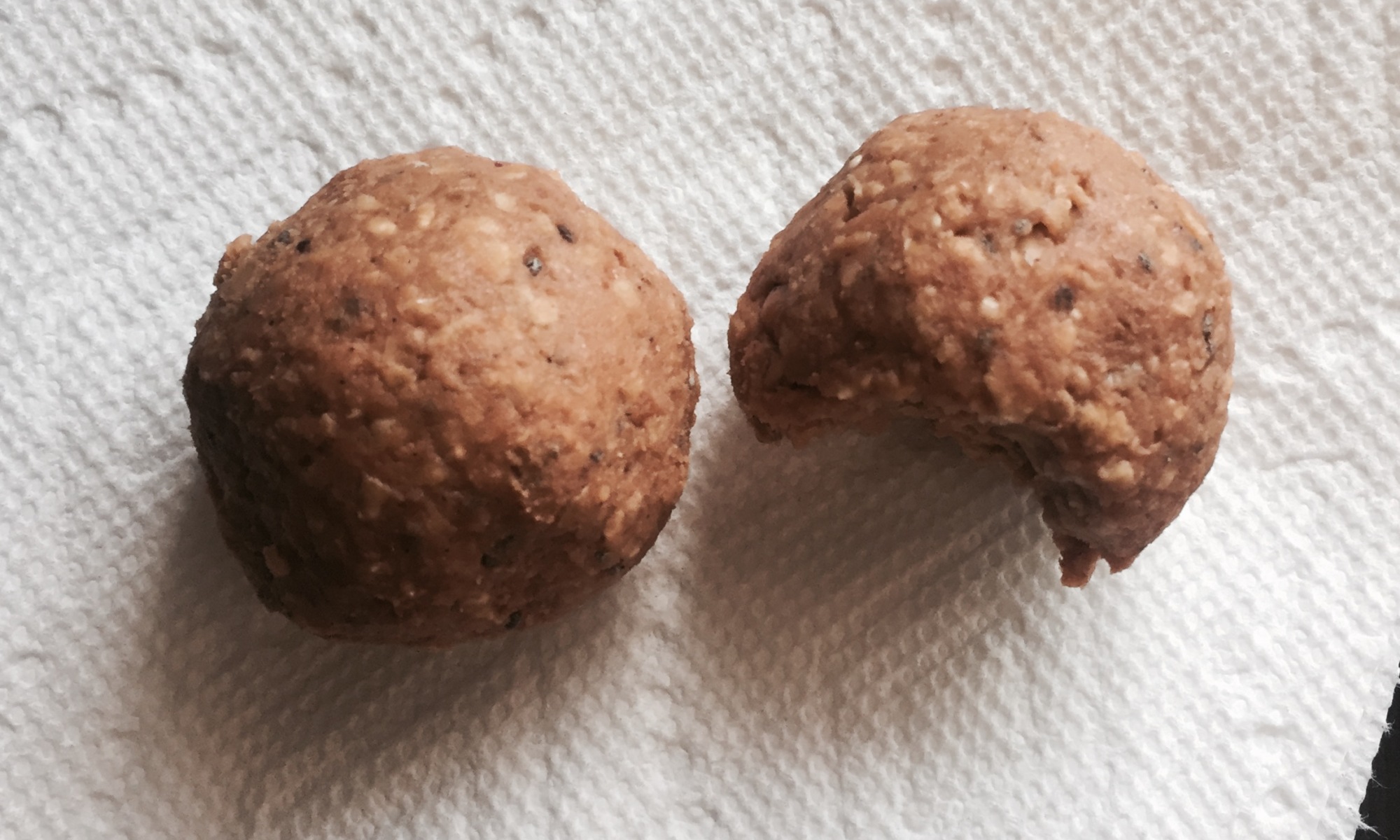 Back in June, I made a goal to make more things from scratch. I set out to make at least one thing from scratch each week. These typically involved meals for hubby and I. Ultimately I just want to be able to walk into my kitchen and say, “Ok, I have these ingredients and I know I can make this from them.” Practice makes perfect and by the time I have kids, I want to be able to “whip things up.”

In these past weeks I have made orange chicken with homemade sauce, garlic and brown sugar pork roast, homemade teriyaki sauce that is delicious on anything, fajitas with homemade Spanish rice (I seriously made white rice into Spanish rice, y’all), and more.

Today, I had a bit of an epiphany though.

Since I haven’t been to the store since well before the holiday and have just been mooching off of the generosity of others cooking for me, I didn’t really have a lot to eat. However, I scanned my pantry and realized I had some staples that should go together somehow. I had rolled oats, pumpkin puree, peanut butter, honey and cinnamon.

The cross-fitters of America were screaming in my head “Make protein balls!”

I have never attempted cross fit, nor have I ever thought the words ‘protein balls’ would be used in my house, yet here I was looking for a snack and trying desperately to stay away from the Kraft Mac n Cheese at the back of my pantry. So, I got to mixing and came up with something delicious.

I found a working recipe (thanks to Clean Food Crush) and customized it to be my own.

The recipe called for pumpkin pie spice, vanilla extract, chocolate chips and more honey than I had. I decided to toss in a little brown sugar to compensate for the lack of honey/vanilla, skip on the pumpkin spice to stick with cinnamon and instead of chocolate chips I threw in some chocolate protein powder. My peanut butter was also crunchy which added a great texture, in my opinion. Plus, I scooped in some chia seeds, since they are supposed to be uber good for you. My dough (is that what it is?) was a little dry so I ended up dumping in the rest of the can of pumpkin. I’m obsessed with pumpkin so this wasn’t a career move or anything.

These babies turned out delicious!

And they are so stinking filling. Golf-ball-sized yum-yums! The recipe says you can keep them in your fridge for up to a week, but let’s be honest… They probably won’t last long.